Let customers speak for us

Love the step through e bike. 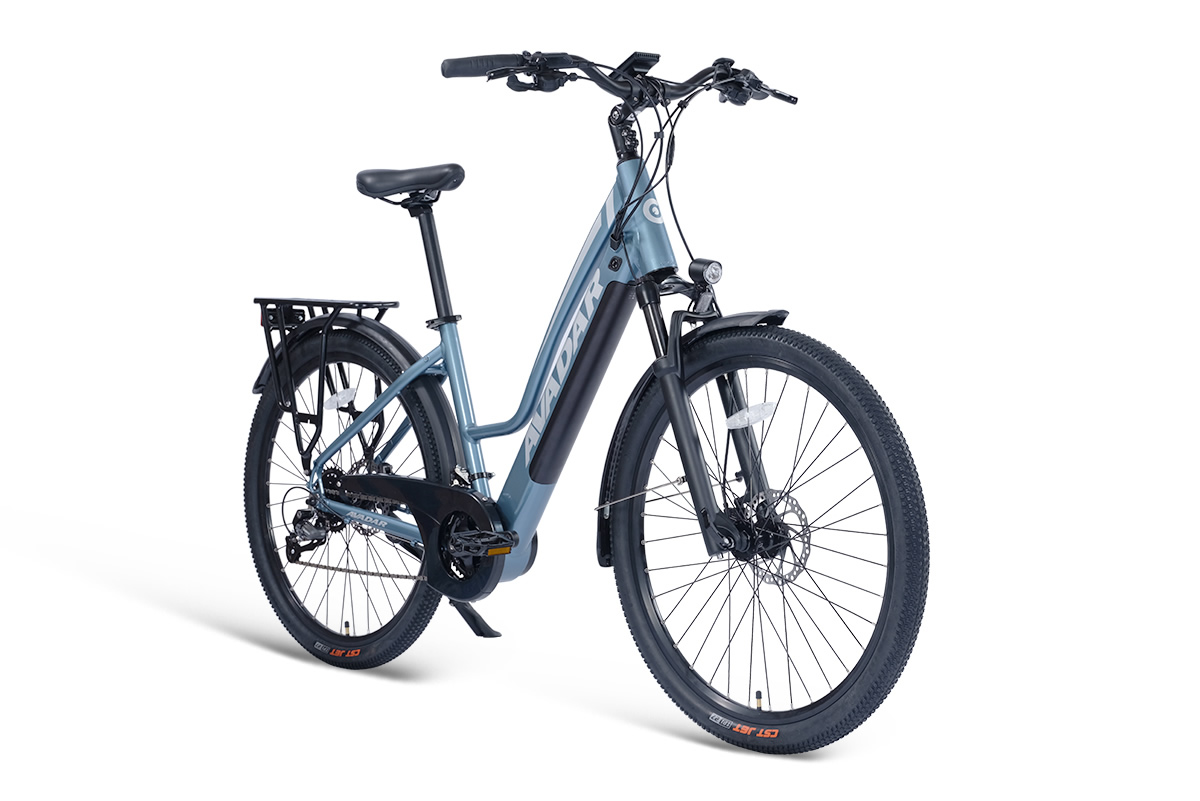 Great value. I got the blue, and it’s beautiful. So happy I got this bike! Mid drive with hydraulic brakes for under two grand? Incredible!

Love it. Brought it with to my cabin. Now I use it to go to town 4 miles away. 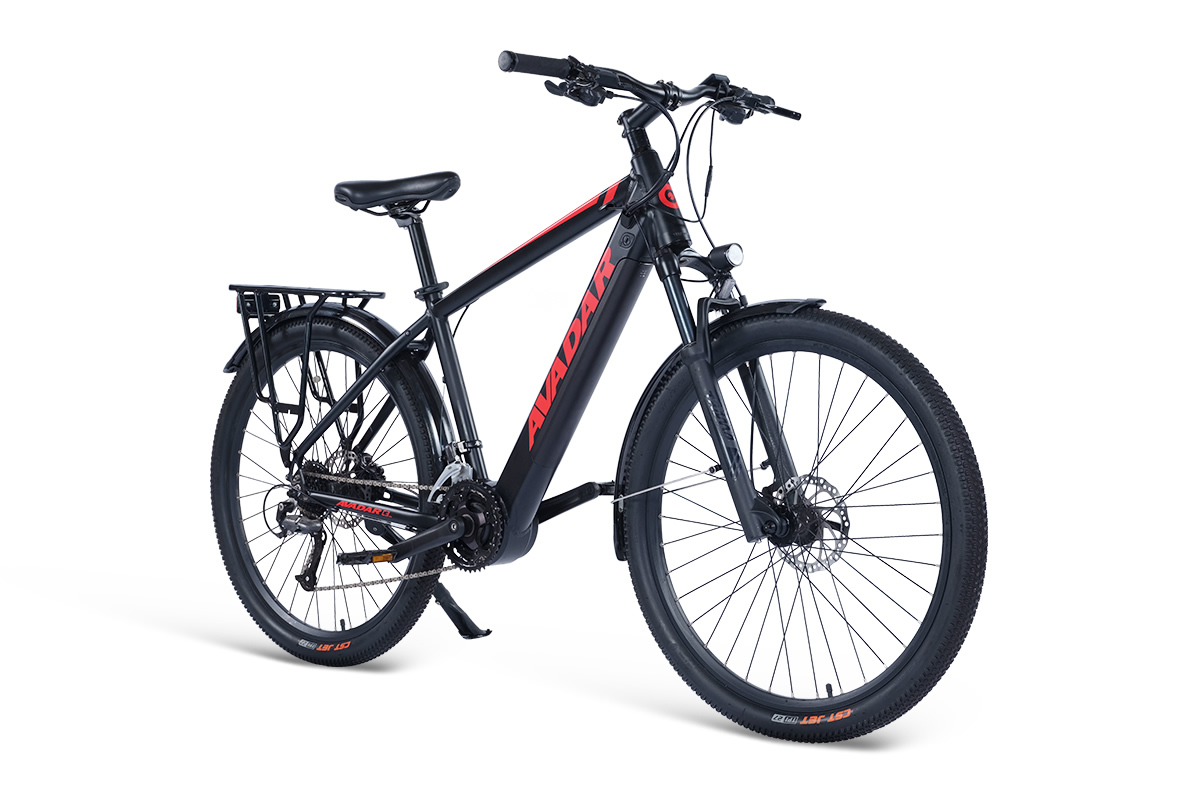 My wife loves her new C5. It encourages us to get the exercise we need. And it's fun to go in to town and back.

Shipping was quick and assembly was easy for me. The bike is extremely comfortable and easy to use. I have ridden on several 12 mile trips and the bike handles well with very smooth peddle assist. Love it!

My first eBike and I love it so far. It’s an entry level MTB. Not comparable to my full suspension MTB when I tried it on the trail. But, excellent handling on the paved road. Great ebike for the price.

Pros:
The mid drive is very efficient and keeps the weight near the center which makes the bike handle great.

Speed. Most ebikes cut the motor out at 20 mph. I can cruise at 25 mph with the C3. It's nice to have speed when you want it.

Looks. The fit and finish are very good.

Components. The Shimano shifter is smooth. The front fork is cheap but better than a solid fork. The tires are fine for paved surfaces. The hydraulic disc brakes work very well. The grips are hard and cheap so I'm going to replace them. The seat is decent.

Range. I rode 40 miles with 1350 ft of ascent and moderate pedaling had 30% battery remaining. I used Level 1 most of the ride, Level 5 for big hills, and Level 0 for some flat sections. Expect under 20 miles using level 5 and pedaling hard (20+ mph average speed).

The battery voltage sags a lot when using Level 5 which indicates cheap cells but they should be fine for 5,000 to 10,000 miles at least. This makes the battery level indicator read as much as 30% lower than actual when climbing.

Cons:
Noise. The planetary gearing creates a high pitched sound when you pedal at high cadence. It's not loud but you know it's a powered bike from the sound. At low cadence it's very quiet.

This bike looks like a cheap mountain bike with the low end front fork and unfinished welds. However, for the price I haven't found anything that comes close in terms of performance and overall quality.

I have had my Avadar C3 Sport MTB for 20 days and have ridden 250 miles in the Florida heat. The bike does exactly what I wanted it to. I am almost 60-years-old and hill climbs have started hurting my knees. The power-assist function has allowed me to ride longer and further without undue knee stress, I was able to go almost 100 miles on my second battery charge only using the power-assist on steep and long climbs. That said, when I am running late, the power-assist allows to ride 4-6 miles per hour faster than usual to get somewhere faster, I have also been impressed with the torque sensor, which adds power to your pedal stroke just as you need it, While most of my riding has been on paved/improved trails, I have taken my Avadar C3 Sport of a orientation ride on a professional mountain bike course with good result. Today I rode in a Florida scrub with miles of powder white sand. The power-assist mode made that possible, even with the bike's 2.1", not-so-knobby tires. I strongly recommend this bike for people like me, who like to ride bikes but want some help on the hills!

If you want to have the same experience as riding a standard bike, but with the addition of power and ease of riding up inclines and into the wind, this is the bike for you. The torque sensor is so smooth that the power assist is barely noticeable, except that ease of pedaling and speed is significantly increased with no additional effort. This is the ideal bicycle for me. I still get some exercise, but it's now much more fun, speed is increased, and I no longer dread hills and headwinds.

I ride a $6,000 mid drive Specialized Turbo Levo Alloy mountain bike but wanted a less expensive ebike to use for paved rides and occasional trail rides with friends so that my Levo lasts much longer. On paved surfaces the C3 is faster and can go further than my Levo even though the C3 has s less powerful motor and a smaller battery. I could easily cruise at 25 mph in support level 5. I'm pretty sure the motor starts tapering power at 25 mph because it takes a LOT more pedal power to get to 28 mph. My Levo cuts power at 20 mph.

The C3 goes further and faster than my Levo even with a smaller motor and battery because the C3 has less rolling resistance and I'm pretty sure the internal planetary gearing of the C3 is more efficient than the internal belt drive on the Levo. The C3 is gearbox whine is significantly louder than the nearly silent Levo but it's still not very loud.

The C3 power is very good for paved hills. I ride at support level 1 at 17ish mph on the flats and 5 on big hills and never dropped below 10 mph on big hills with moderate pedal effort. Probably the biggest surprise was that I can easily pedal at 14 to 16 mph with the motor turned off. I would feel comfortable taking this bike on a 100 mile ride only using power to get up the hills.

The C3 came with the box very beaten up. FedEx is probably the worst shipping company. The front chainring was bent but it was easy to straighten. Everything else was in perfect condition. I suggest that Avadar start strapping the battery and charger to the bike frame and tape the box closed more securely. One end of my box was completely open. If the other end would have opened the battery and charger would have fallen out.

My first 40 mile ride was a very pleasant surprise. The fact that I could ride the C3 power off at 15+ mph on flat pavement was surprising. I only needed to use support level 1 to keep up with friends (casual riding group) up steep hills. I rode the last 10 miles in support level 5 because rain was coming and I still finished with 30% battery left.

Avadar seems to make a point that this is not a trail bike. They don't say why but my suspicion is that the battery may not be designed to handle the shock forces on trails. The battery charge % reading varied up and down during my ride by as much as 20% at times. It always seemed to read lower than actual though. The voltage sag under power probably means the battery uses low grade cells that can't keep up with the power demand at higher support levels. Considering the price of this bike it's understandable that lower grade cells might be used. They should be fine for thousands of miles.

The C3 is perfect for paved rides with occasional excursions on trails. If there's anything close to this value for the money I haven't found it yet.

I ride m'y bike every day and i am Evry happy

Easy to assemble (assembly instructions assume you have assembled a bike before), fun to ride and a great bike for the price.

This is my first ebike. It's everything I have been looking for. Well, worth the price.
Easy to assemble, with or without the instruction video. I did reference the video to make sure I put the handlebars on correctly. It's now my all and everything bike. Thank you.

I love this bike. I added a little carrier for my son and now we go on rides together. He loves it too. I don’t think I’ve ever heard him laugh so hard.
I took my children to the park and they had a fair there. I forgot to bring cash. We took a bike ride over to the bank and I went and came in less than 10 minutes. The ride was quick and smooth. It’s super comfortable too!!

The Avadar C3-Sport provides exactly the right amount of assistance I want for a much more natural bike riding experience. If you’re coming from a gravel bike,, this is a great bike to consider.

I've been able to do a lot of trail riding with the Avadar C3, and the 250W motor is plenty of power for an experience cyclist looking for an electric bike. I've been very happy with it's performance.

This is a what I think is a good quality bike you could pedal without even using the throttle. This bike is worth checking out, and if you're looking for a torque-sensing bike, this is the way to go. 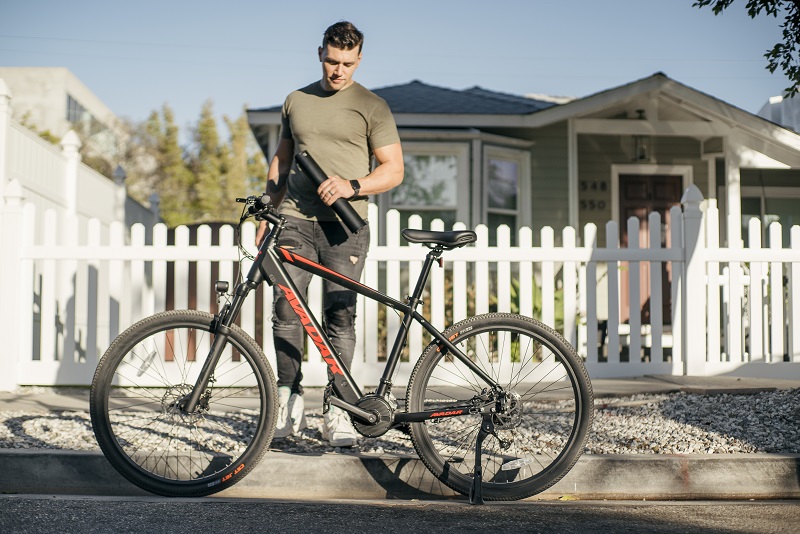 30 Tips for Cyclists That Will Make Riding More Fun

Is cycling the most difficult sport in the world? Definitely not. However, there are quite a few variables in this difficult subject and even more unenlightened novice cyclists. 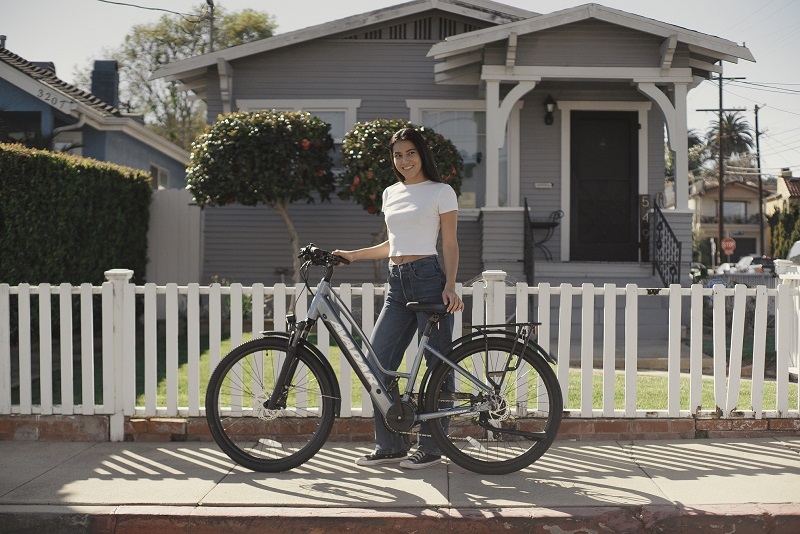 The electric bike for women is a reliable and ergonomic vehicle, which is not inferior to the male models in terms of technical characteristics. However, there are also very significant differences that exist in the design, which takes into account female physiology. 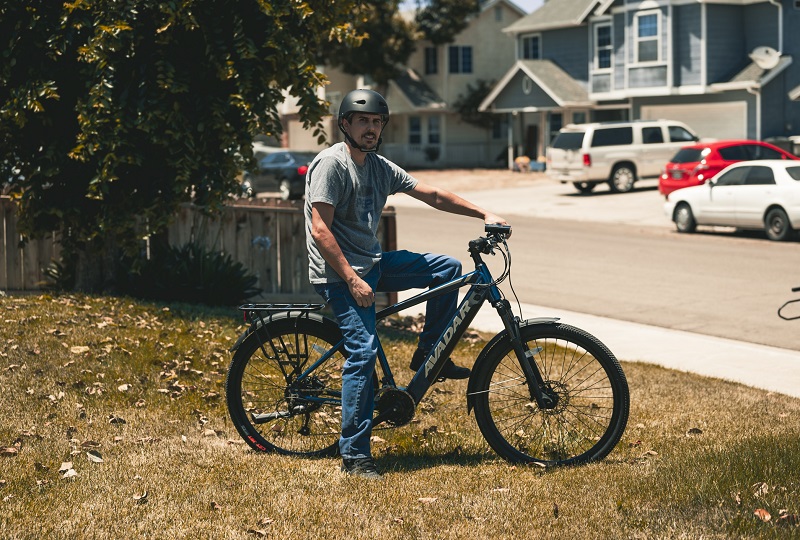 To find the best gifts for cyclists, you must first decide how advanced the cyclist is. And here in this guide, we found 14 options for your choice.

Do you have any questions or have you experienced any problems?